Apple has revolutionized technology as we know it, from its sleek, high-quality designs to friendly retail employees and hyped up launch events. The tactics are paying off. Despite the pandemic, revenue rose 6% year over year in fiscal 2020. Here’s how Apple uses its ecosystem of hardware and software to keep customers hooked.

Since Steve Jobs announced the first iPhone at a MacWorld event in 2007, Apple has released more than 20 iPhone models. Over 80% of Americans had a smartphone in January 2019, and the same year, there were 900 million active iPhones in the world, according to Apple CEO Tim Cook. Yet when Apple announced the iPhone 12 on Oct. 13, an estimated 2 million people preordered the device in the first 24 hours alone.

So why, when iPhones are already ubiquitous, do fans hype and covet every new iPhone release? Here are the psychological reasons it’s hard to resist the new iPhone.

We’re attracted to ‘what’s next’
Each new iteration of the iPhone has new features: For example, the iPhone 4 in 2011 brought the first front-facing “selfie” camera, while the iPhone 5S in 2013 introduced Touch ID fingerprint scanning. The iPhone 12 boasts a larger screen, faster 5G network connection and more advanced cameras.

But even if your current iPhone functions fine without all the new bells and whistles, “people are attracted to those improvements in quality and capability,” says Kelly Goldsmith, associate professor of marketing at Vanderbilt University in the Ellen Graduate School of Management.

Each new phone, and also Apple as a brand, represent innovation and “tomorrow,” which consumers tend to hold to a high regard, says marketing consultant Katie Martell. “We really do live in a world where what’s new and what’s next is considered most valuable.”

It’s part of your identity
In 2011, Apple’s competitor Samsung debuted a commercial that parodied people in line outside of what resembles an Apple store, waiting for a new smartphone release. “If it looks the same, how will people know I upgraded?” asks one customer in line.

Having the latest and greatest phone is a status symbol, Goldsmith says. “It’s something that you carry with you all the time, so it conveys information about you to other people,” she says.

Your phone is also a strong mechanism for something called “self-signaling,” a concept in behavioral economics that has to do with how your actions influence your beliefs about yourself.

In this case, having the newest iPhone can boost your self-esteem and remind you that you’re not outdated. “Every time you look at that phone it tells you something about who you are, and it reinforces certain aspects of your own identity,” Goldsmith says.

Apple in particular tends to empower consumers with messaging about what they can do with their new iPhone, Martell says. For example, Apple encourages people to share their photos shot on the iPhone with the hashtag “ShotoniPhone,” to be included in Apple billboards and ad campaigns. This signals to consumers that, “you’ve got that power in your hands.”

There’s perceived scarcity
When a new iPhone becomes available, it’s customary to see lines snaked around Apple stores hours before they open. Apple fans want to be the first to have and use a device, and avoid having to wait for shipping delays. (Even this year amid the pandemic, people waited for the iPhone 12 outside Apple stores around the globe.)

To consumers, a line outside of a storefront signals that whatever is inside is valuable. There are two behavioral economics concepts at play here: social proof (convincing people that other people want the product) and scarcity (the fear that there may not be enough), Goldsmith says.

Research has shown that when you think an item is scarce, it heightens your arousal and makes you feel panicked to make a decision quickly. The perception of scarcity makes you less discerning and more likely to go with your favorite item, rather than research other options.

About CNBC Make It.: CNBC Make It. is a new section of CNBC dedicated to making you smarter about managing your business, career, and money.

Why You Spend So Much Money At Apple

27 thoughts on “Why You Spend So Much Money At Apple” 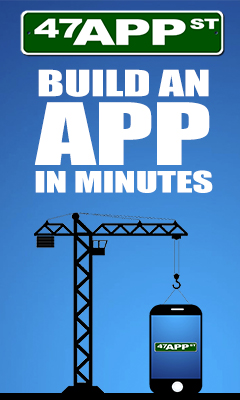